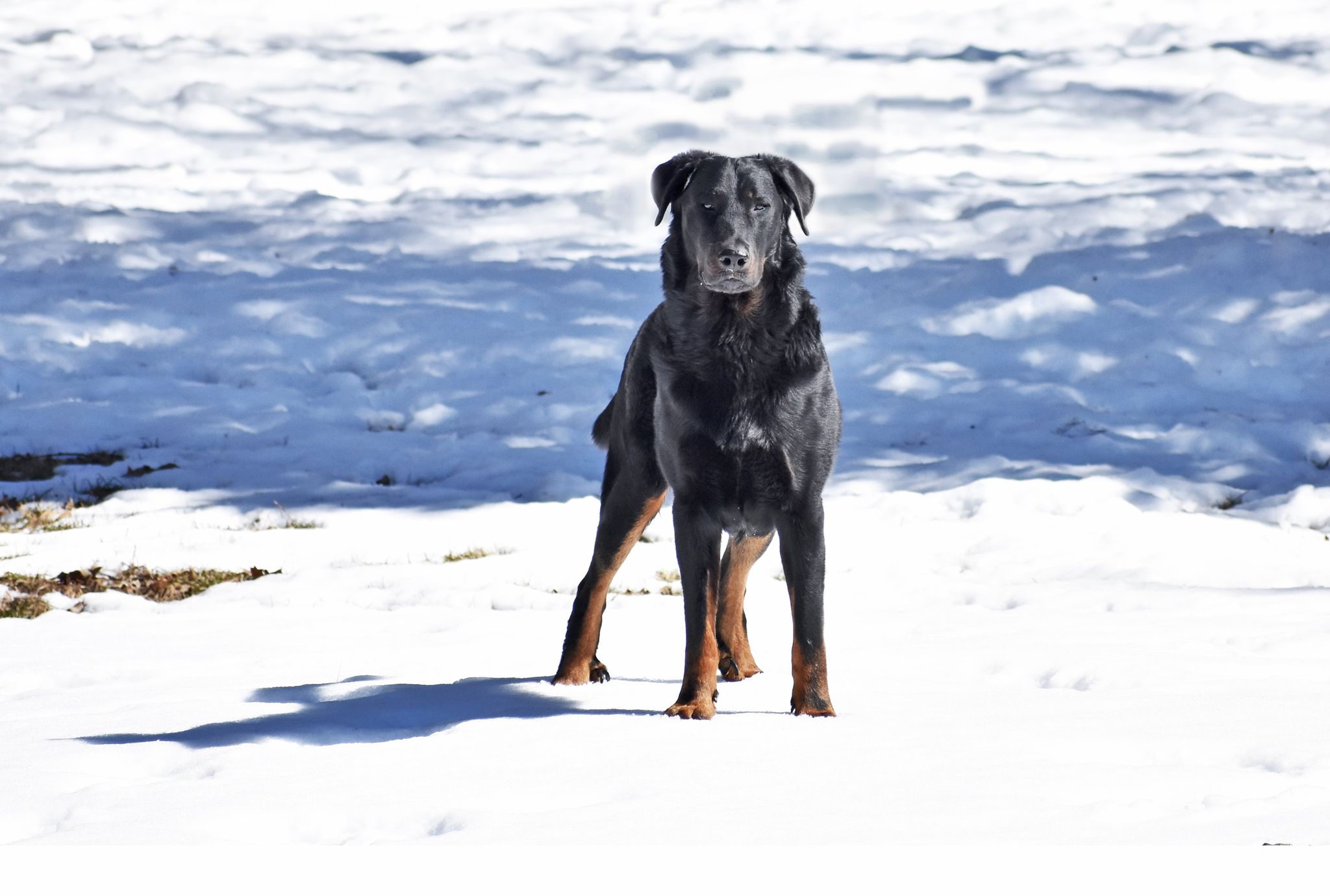 Attempting to write about Tank is an impossible task. It’s kind of like describing the Genie in the bottle, before anyone has ever seen what he will do once released. No matter how hard I may try, there is no way I can truly do him justice.

Tank wasn’t just bigger than life; he was the “essence” of life itself. I nick-named Tank “Buddy the Elf” because he reminded me of Will Ferrell’s character in the famous movie. Buddy loooooved Christmas and Santa and Tank was just like him. Tank often left a field of destruction around him; nothing was safe from getting swept up by the force of life named “Tank”!

Then there was also the incredibly sweet and respectful Tank! My senior, bossy Border Collie bitch had no patience for a giant black/tan whirling dervish, so Tank toned it down and gave her all the personal space she wanted, even averting his eyes promising not to catch a glance at her supreme being unless permitted.

I fell head over heels for Tank when he was about five months old and assisted me with an assignment, called the “Premack recall,” I had to accomplish for the Academy for Dog Trainers. The gist is that the dog learns something not natural; to turn away from the thing he wants in order to get the thing he wants. Tank nailed this faster than we could keep up!

A couple of months later Tank assisted me with another assignment, loose-leash walking towards a clear directional goal. Here the dog is shown a goal (in this case a bowl of food) and we then walk away to a certain distance/point. The handler holds a leash tight to the body and begins to walk toward the “prize”, but as soon as the dog puts pressure on the collar, the handler verbally marks this (in our case “Too Bad!!”) and returns to the starting point. This video was the FIRST TIME Tank did this exercise and I was a rookie trainer!!!

For more than two years I wished this dog could be mine, but not long after he finally was…I lost him. While it breaks my heart that we didn’t get to do all the things I had planned for us, I am a better person for having had him in my life and I am certainly a better trainer because of Tank! Boy, did he ever teach me to speed up my mechanics!! I thought my BC was fast, but Tank operated at lightning speed!

I’ll meet you at the rainbow bridge my sweet boy! After you knock me off my feet, we can do that thing where I say “middle!!” and you come and stand between my legs and I say “Good boy!!” and hug you…. and then you nibble on my ear too hard! I really miss that part!

Syndi Keats and Mesa were able to get their third Q in AKC Scentwork recently to finish their Excellent Interior title. Way to go on that tricky two area search and (pending confirmation from AKC) we believe Mesa is the first Beauceron titled in Excellent!